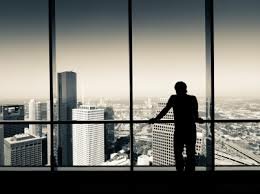 Just got paid this morning and I’m actually avoiding looking. I wonder how many other people do that.

There’s something wierd about when you just got paid. Bills and things haven’t gone through yet, like an animal released or a bunch of pacmans sent shooting across a field of marbles. It’s like you really could go any direction, like you’re at the crossroads.

I miss that kind of conversation, don’t you? Now some divides have been around for ages, to be fair. I’ve always, always thought of those as stupid. Little kids, with their wide open wisdom, never see that. They go straight in. They play with that other kid, no matter who they are. They don’t decide that they and theirs are from Heaven (or wherever) and anyone from the other side, or who doesn’t agree with every thing they believe, is from somewhere below.

I am really considering getting rid of two social media platforms, which I know won’t help me, but I get frustrated too. This one and Instagram are fun places to connect and be creative. It’s those other two, Twitter and Facebook, where you go on only to wish you hadn’t.

It isn’t sticking your face in the sand. I don’t know how you could because news comes at you from all over, and most of these are not news (and what is gets questioned) so what do you believe?

I made a point of trying to keep both “sides” visible, but this just leads to waking up to anger.

There is too much anger and too little listening. I can only hope that this burns out as it can only keep going for so long. Neither side is discussing anything from what I see. He and her are certainly the most polarizing force we have seen and it has fueled it seems every division we have ever had. It made all the cracks glow. Now the question is can we turn our situation into an actual positive force?

I wish I had an actual answer or the thing that finally brought everyone together like some big party in Zion from Matrix.

Apparently one day we will all rave and be in amazing shape..

Or even to make things calm down, but the thing is, I think it could actually get better if we hold the rigging through the storm. This could break us with the pent up anger that has been there all along. I just saw today that they found writings by Einstein that were not racially good, and I’m not surprised. The most forward thinking explorer of First Nations people here on the west coast was Franz Boas, back hundreds of years ago. He wrote books that are actually in the Friendship Center and they refer to Coast Salish people as “savages”. Let make this clear, he was considered one of the “good guys”.

I always have problems with that phrase straight away. I haven’t always been a good person. I can’t be alone in this. Good and bad guys are for cartoons. I remember a woman talking about living in a mob family, where 90% of the time she was respected and saw nothing but a loving Catholic-Italian family. But, every now and again “business” would be conducted and, as she put it, it was like seeing these iron masks come down.

Another powerful scene involves the most evil man in history, and the one who gets too often used to compare people, Hitler. Where am I going? Well, there is an interesting movie called Downfall and we have all seen that clip of him ripping into his Generals in the bunker office, but there was that other scene with his dogs and his family where he is lucid and acting like any other German older man. And I mean, that’s him. I am of course by no means condoning what he and his did and I am not a denier, but it is interesting to see humanization of that most iconic evil.

My point is that we should not apply Occam’s Razor to how we interact with each other.

“Don’t judge me, you could be me in another life, in another set of circumstances” from “Tommorow We’ll See” by Sting.

Going back to before, what’s great is that we are going through all these things that have been buried. It’s crazy because these days at work I listen to comedy shows of the early 2000s and you really would think by how they talk that discrimination was eradicated.

But it wasn’t, was it? And there are so many forms that it has taken.

Ways to divide people into groups.

We’ll learn we can stop and listen.

Today’s music was me finally listening to the soundscapes of Sigur Ros, an Icelandic avant-rock band from Reykjavík. 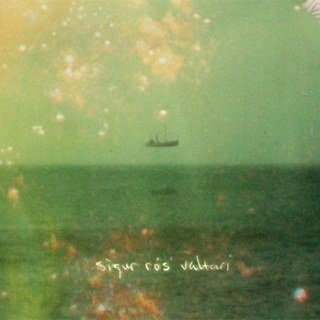 One thought on “Let’s Talk”