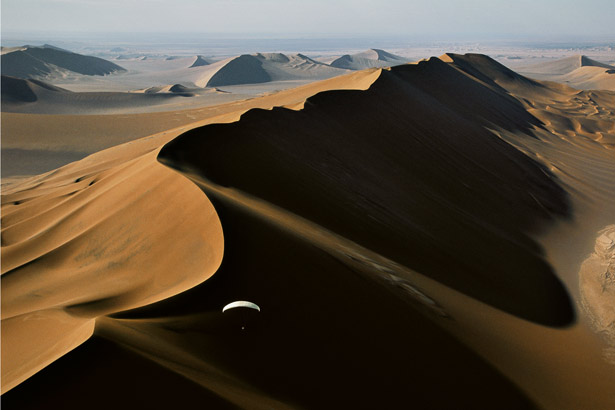 No birds flew in this place.  With not even the smallest sign of life the deafening silence discouraged travellers.  Rumours told in Mountain town of Bothra also kept the wagon trails to a minimum.  Travellers were especially warned of the towering red clay walls.  From this place the quiet ones came.  The closer to the walls you came, the more the madness seeped into the skin.

The singular movement was a light wind brushing the clay hills, it’s cool sweet breath running down from the snow of the Great Easterns that divided the Tarshan Peninsula like a grey knife forty leagues down to the clanging harbours of Tell.

From this direction she came.  Like a single snowflake against the soft orange packed waves of clay her shape grew to the sight of those who waited.  They were two of the quiet ones, one a young Seeker Vakkal with only eighty summers to his credit and the other was Baki-ku.  He was far older, his eyes having seen the dawning of the Age of Light when the Tiki Tree of the By Forest first grew in Shal’than’s Northwest garden of the Bly Forest.  He held the Weapons of Truce between the Jeekas of the Bly and the Lothran people of the canyons.

She came closer.  Baki-ku and Natku-sa waited as she came into shouting distance, he blonde hair shaking in the sun, her white dress rippling satin around the black blade of Otheria.

“Baki-ku of Tercichio” she said “thank you for agreeing to this.”

She stopped just out of striking distance.  She had much acquaintance with the Vakkal.  She knew full well of the spinner weapon that rested at their sides.

“Tari-sa has left us, witch,” he said with no malice in his voice, a sound than vibrated beneath her shoes “he is among the lost ones.  I know not if the Fourthlings have claimed him.  He is not amongst our number and at his years I am sure the cracks in his Si are beginning.”

She stood motionless.  She waited for more.

“I suppose your Lord’s gifts don’t grant every wish,” he said finally.

She glared at him.  Natku-sa put his hand to the roof of his spinner.  Just then came a screeching piercing sound.  From the sound came three shadows through the clouds.  The first one had bright red markings on its beak and down its scorpion like tail.

From Natku-sa’s side the spinner whirred to life, it’s blades a rush of razors beneath the Vakkal’s palm.

“You need not trouble our people any longer Eleatha, traitor of the Otherian throne,” Baki-ku said with a hand outstretched to keep his young warrior-seeker in checked “I believe you’re taxi has arrived.”

—
This is a short teaser to The White Jeeka story.