Funny how this shot was taken on a day that I initially didn’t want to go out.  I have one of those lingering coughs that won’t go away and it was high thee to the drug store.  I think that’s how that’s spelled anyways.

Once I was outside I didn’t really notice the cough and I had just read one of those lists of blog challenges that asked for a skyline.  I had only heard that the top of Yates St. Parkade was good for that.  I had never actually been up there before.

Something about places like that take things away.  I feel a bit silly saying that because it’s also rumored to be a rough spot at night.  It’s the reality of our town like I want to explore with the Quiet City project.  We have the oldest street in Western Canada just below where the photos were taken.  That street was once lined with Saloons and peopled by newcomers from all over the world seeking riches in the gold fields along with the local Native communities who were already in residence.  We may believe in multiculturalism but getting everyone to understand that is another thing.  We also have a financial mix right across the board.  It is not cheap to live here and we have the wealthiest, street people and everyone in between still in the same mix as they were over a hundred years ago

You only way out is inside.  You can go outside and find some secluded place but it may not stay that way.  You pay off one bill and another one looms.  You add more work but it just loads more complications that drop your immunity through the floor. I don’t want to come off as negative but there are challenges for working class writers here. I just got a text threatening my phone to be cut off after bills already finished off my pay yesterday except for what i had for cold meds and juice. As i was outside uploading this (writing this in post) I just had to stop a street person from walking off with my bag. He apologized for that and it was awkward but still scary as it shakes you up because I know the desperation and therefore the unpredictability. It’s there under the same sunny skies as Beacon Hill Parks amphitheater. All you can do is roll with it. We’re a beautiful small city but a city nonetheless.

Find peace in the moment and live simply.  That’s what’s there for each of us city folk. Enjoy those little spots and good friends under the sun and blue horizon. 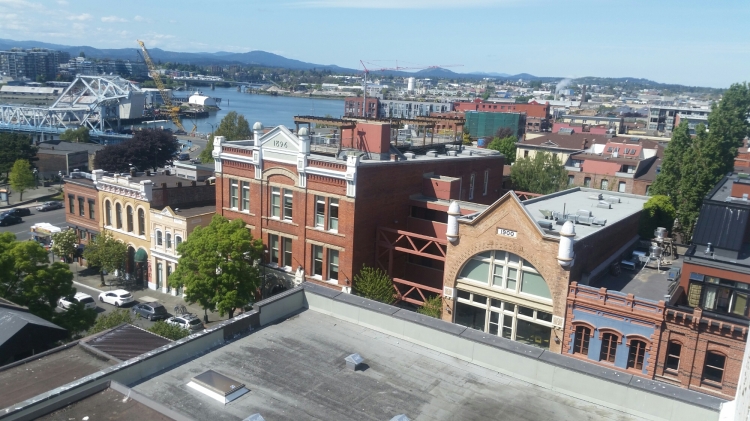