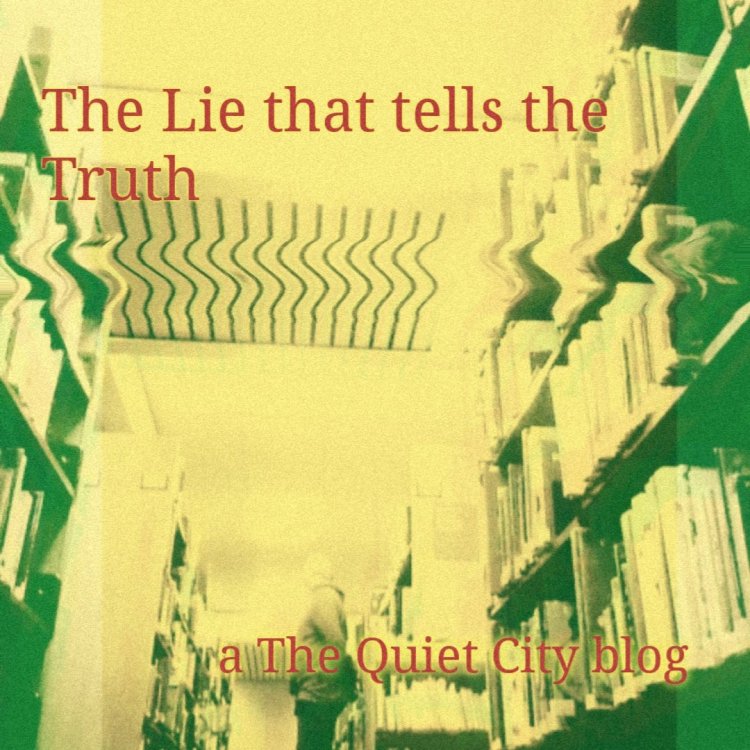 Fact : The place of Emmett Till’s death is now on its third physical sign, a teflon coated, bulletproof marker that weighs in at over 500 lbs.

Lie : Atticus Fitch and To Kill a Mockingbird really happened exactly like that with those specific names.

Now, by no means am I comparing my story to Harper Lee’s justifiably Pulitzer Prize winning masterpiece, or my subject matter as powerful as how one speaks to the injustice and still present anger, but I literally just saw the article about the new sign (Washington Post Article ) and it is the broadest and most blatent example of this.

Such things show the function of fiction. Through a story you can bring people in and let them fully experience truth at a gut level. To Kill a Mockingbird caused a visceral reaction in 1960. So did Philadelphia when that movie came out in 1993.

For me the story of The Quiet City speaks to both the magic and the extremes of my hometown, which is really like many places but packed between a Malahat and a Swartz Bay Ferry Terminal.

In one block in Victoria are the vvery poorest and most extremely wealthy. Working in our service industry for decades in a world class tourist destination I have long compared it to a theater stage. There is a glorious performance up front, but backstage the paint is peeling and the coffee machine needs replacing. Even more so now as working people can’t survive on one job and the need for “low income housing” keeps exploding, as well as animosity to people who have properties here from out of town.

Whitechapel all over again, and here comes my ripper.

There’s also the enjoyment of the books creation. Outside of my own political and editorial sides, to come anywhere near creating this work I had to dig into every story, many of which just unfolded more secrets and stories about our city such as the network of tunnels…

and like this image, Victoria’s story is one of a vibrant mix of cultures as in the early days we were more the destination than Vancouver. As such this new furthest flug city of the commonwealth attracted everyone, from First Nations to across the Pacific, from Europe to every other corner of the

…world to create their own chapters.

What is still interesting is due to the natural barriers of water and mountain rock, our mix of stories is crammed together so within a few miles it is as though every possiblity is played out. And of course there’s poor dear Agnes Bing, who perished on September 29th 1899.

I had the idea for the Ripper coming here only to find out that this lady who co-owned a bakery with her husband John was tragically killed in that same way trying to cross the then Johnson Street bridge late at night. Songhees people were blamed but we never learned the truth. Like with the Ripper crime scene investigation was in its infancy.

So is The Quiet City true? No. The settings are as accurate as I could make them, and certain people such as Rattenbury, Carr and the Vital Statistics agency in the West building are absolutely fact. My story is silly but the rest comes from a love, pride and fascination with #yyj

Ok, speaking of, time for some story to happen.

As a bonus Halloween treat I will be posting the first chapter of The Quiet City so you can finally dig into something.

Thank you for reading!