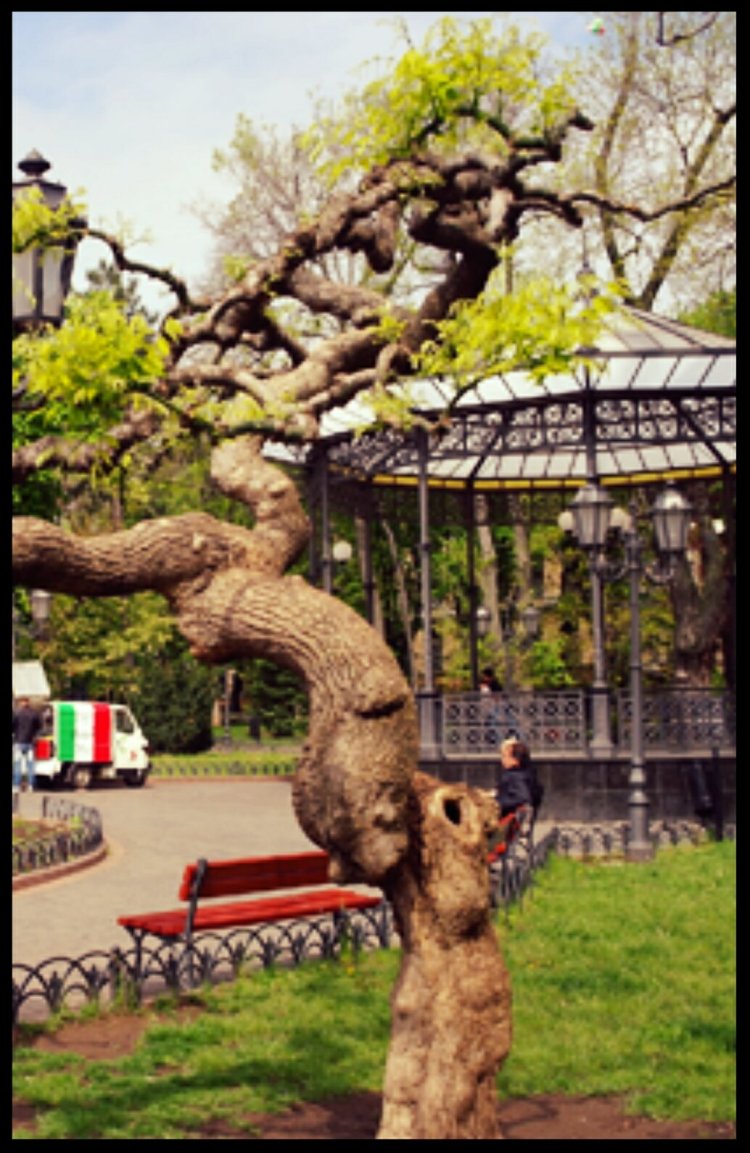 So it’s been a while so I’ll do a quick recap…My name’s Cece, I’m Tom’s girlfriend and on the first floor of the building is something really crazy. It’s a room that actually says “Oog” on it’s door. Seriously. Look. 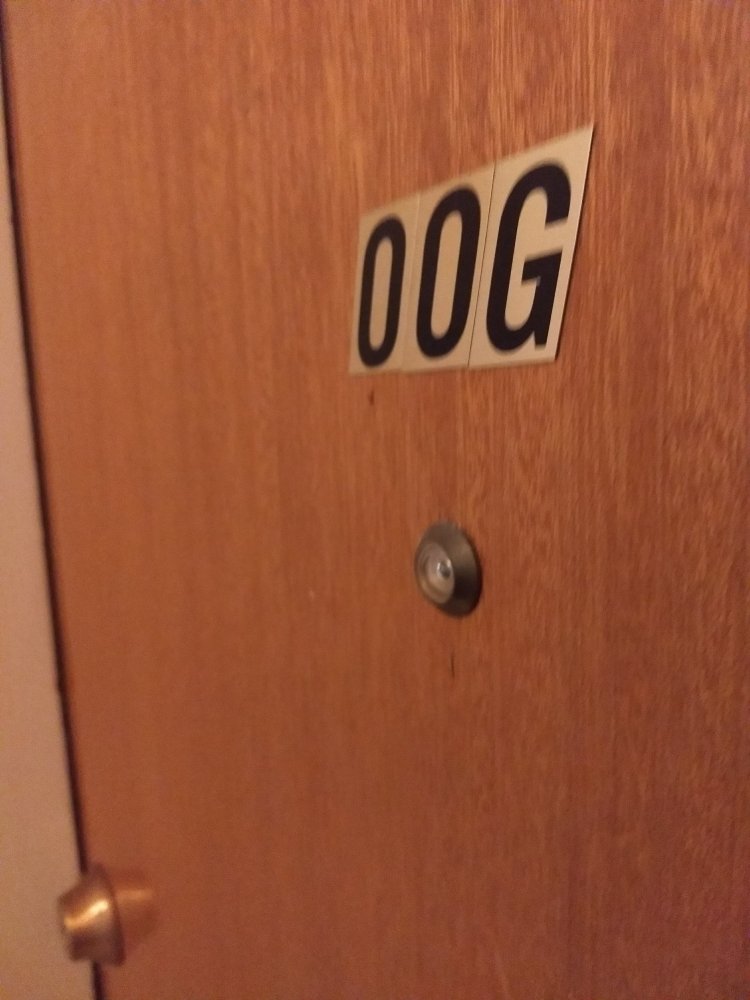 I saw it for ages and then one day, while doing laundry (right next door) I found a key behind a machine that said “Oog”, put two and two together and ended up on the other side of the door. It went from boring as it was a storage thing to very interesting as it lead to another unlocked door, a hallway and this suite that’s actually under the building. The suite looks like somewhere Austin Powers would have lived with a slight purple tinge, lava lamps and autographed photos on every wall.

Seriously, it’s like a thrift floor exploded in here. Where I left last time, I was sitting on a white leather sofa and Bengal tiger rug, near the old TV and a floating white crystal ball.

The TV looks like it was from 1963 but on the table, no kidding was a big and even a little heavy remote control. I aimed it at the TV and hit power. On it’s antique TV stand I watched it spring to life on what looked like a program guide.

Some were in English but lots weren’t with a little flag next to the number, and there were just hundreds of them. I flipped through them, down and down and down until I just gave up and hit one, admittedly that wasn’t English but I didn’t recognize any shows anyways. I just wanted to see if it worked I guess. I still felt like the owner was gonna interrupt me, but seriously, besides the power being on and the weird crystal ball in the coffee table spinning slowly and undulating white steam, it looked empty for years. Oh yeah and the place was spotless for what it was. Only clued into that recently.

“Come on Petro, you should pick one too,” said a tall fellow to his two friends as they walked around what looked like a video store and corner store rolled into one.

“I don’t watch videos. Who rents videos? Do we even have a DVD player?”

“I can use my laptop and a cable-thing. Seriously, this is like the most popular vintage store in Odessa and Nadiya wanted to do this.”

“Oh…so this is about Nadiya,” chimed in the third curly haired guy.

There was a ripple of laughter on a laugh track.

“You know. Nadiya… Videos,. I’m with you Anton ” Vanda smiled.

“That’s great Vanda. Guys it’s my first dateish thing. And I need a video that is cool, but doesn’t lead to no conversation. So…ok, here…Eat Pray Love.”

“No, too obvious, how about…the shades of grey thing” said Petro.

Then it was over to girls, where they were getting food and back at the apartment…

“Wonder how the boys are doing?” Said who I learned was Liliya.

“I told them maybe 7 pm here. So it should be a while yet,” said Nadiya.

This went on for sometime, like a show does and it got pretty good until finally we got to a scene where Nadiya and Anton were on the balcony and it was just driving me crazy. Anton was sure that Nadiya actually like someone totally different, not even at the party and Nadiya thought he was trying to let her down easy but neither was sure because they knew that the other was a nice person and it’s so easy to mistake that for thinking the other was cute.

“Oh, you like each other! Just kiss you weirdos!”

I hadn’t even noticed that when I began with the “Oh” the white smoke from the ball had filled the room. I was no longer sitting on a white leather couch with a Bengal tiger rug. No I was on a porch in Odessa, Ukraine. Not even a sound stage like I was in their filming the show. Nope, this chick was in the logic of the show “Forth Floor”, standing in front of Anton and Nadiya, who both looked at me stunned.

“Hello? Are you a friend of Alina’s?” asked Nadiya.

“No, you must be Vanda’s girlfriend. He said you were from…well…where are you from?”

“I’m Native, but…not to here…anyways…it doesn’t matter..” I gave up on asking them how I got there. I was pretty sure they wouldn’t know either “You guys do like each other. And you should totally kiss. I just realized I’m probably speaking Ukrainian right now. That’s so crazy. I’m gonna leave you both to it. But definitely kiss, definitely…”. I walked off the porch, past four other stunned people who I just smiled and waved to and then out the door.

I went down the hall and turned the corner and that’s when things went Misty.

I was staring at the vintage TV again, white smoke dissapating into the coffee table around the crystal ball. I looked up to see that Anton and Nadiya had just kissed.

I sat there with my mouth open.

Well that was interesting.