It’s the sort of thing I wanted to do with my first comedy pilot. I can’t bring you right in of course, that’s physically impossible. But it’s also part of my goal, to change your perception to mine, even if for three to four minutes.

Now of course, not all songwriting has to be deep and cerebral. Kurt Weill championed the writing of silly songs and the “just fun”. Hey, we gotta eat too, right?

I’ve been writing since I simply could. Even before that, considering it certainly kicked off before I played my first note on that purple Series A bass I had at the age of nineteen. Guitar would still wait a year.

Actually doing it scared me at first, like it was only done by geniuses who were born under a music school piano or something. Between people I jammed with in those early days and music I was learning it seemed more and more reachable. Then came my first role model.

Martin Lee Gore of Depeche Mode was the first person to not only pave my first road, but also to show what could be so great about it.

He brought in the idea of taking every subject without filter, layering the modern and creatively limitless atop the traditional, and the storyteller’s approach to sounds versus the idea of endless rock solos. From the first album I got ( a friend’s tape of Some Great Reward ) I was hooked. My first multitrack cassette machine was soon going to arrive.

And I sucked. It wasn’t good at all. It’s one of the reasons I don’t believe that there’s such a thing as bad art. First because any attempt beyond our day to day is beautiful like an early cave painting, but also I will beat anyone to the finish for the just bad.

But you go through this and soon I became a Socan member after getting on the radio a few times.

Since then it’s just always been there, though just recently it has got a resurgence to when I first heard Martin’s work (not to steal his thunder) 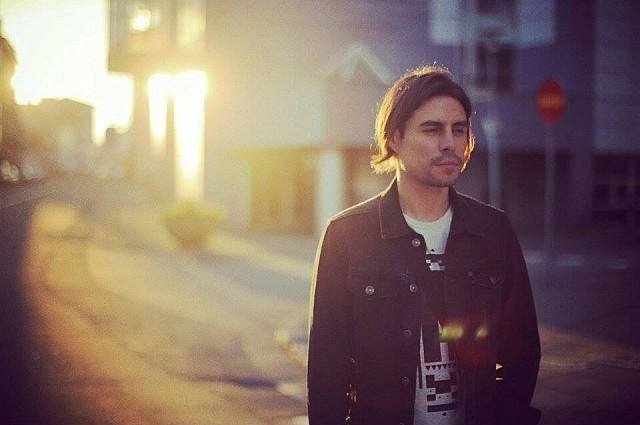 Ryan Karazija of Low Roar. I discovered this music in the way many probably have, by simply surfing in and seeing the intriguing album cover for the self titled debut (a deer with birds flying out of it’s mouth. It reminded me of the Canadian artist Hayden). I was doing morning pages and other writing and just wanted music to work to, like my use of Harold Budd and Cocteau Twins that had been my go to for just years. That album of Ryan’s was instantly a favorite and it sparked the idea of trying to actually move forward again. So from the beginning of this year I started working on my first song “She lives There”, and while it’s becoming clear that I need to upgrade my recording equipment before I put out a first EP, I still would love to do that and until then I want to hone my sound and songs in preparation.

Songs for me come from anywhere and have come in on literally any instrument. I’ll hear something or learn about something and go “ooh that’s good”.

An example of this was Moonwatcher which is now on my SoundCloud page, which came from studying my girlfriend’s First Nations culture in a dissertation by her late Aunt, Allis Pakki Chipps-Sawyer called Standing on The Edge of Yesterday

In it she mentions the traditional Moonwatchers who would literally stay up all night and observe the moon and there findings would make decisions easier for Elders in the day. Just the name sparkled before me, but I knew it would be too much like Moonshadow if I went and did it acoustic, so I tried for an almost dance feel.

Precipice on the other hand had to be written as I kept having a waking nightmare of being swept over Niagara falls, on a loop so I never actually fell (clearly a stress thing). The cascading arpeggio at the start came first and then the first half fell in place. I resisted the dramatic “chorus” at first but it grew on me. Is it a hit? Probably not, but I love both songs for what every song I have ever done. It is a capture of me exactly at that moment, in both the words and how those words reverb.

Have a listen to Precipice