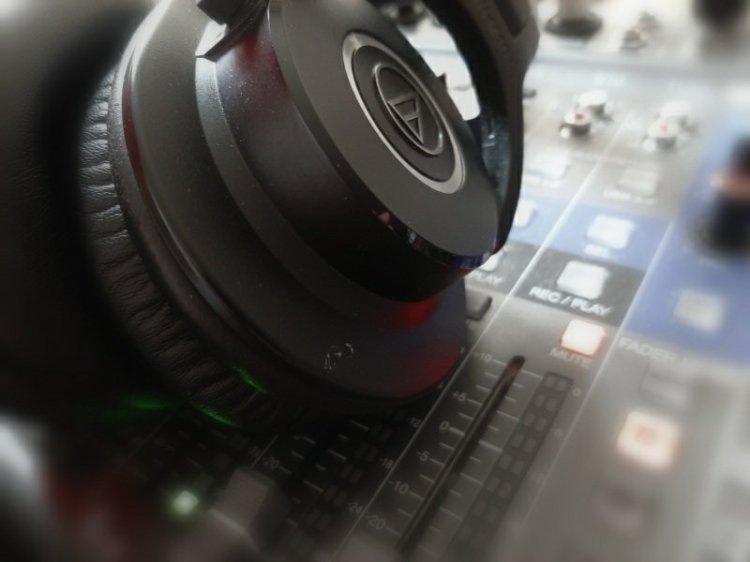 “To can or not to can THAT is the real question!” Hamlet

Sure, we use headphones to record but the question arises if you should just always use them?

The sound in the headphones is so focused and if you get good ones then they are really great for one of the most important things a musician does…transcription.

Transcription is basically learning a song by ear. Now here they are really good because you are not competing with local background noises and you are right inside of the engineer’s mix as it were.

I am practicing, writing and recording in a apartment as well, so for me they are great as I dont live alone and sometimes I want to work early or late. Cor songwriting they can be quite good in that kind of environment because you are literally creating within your own little world.

I use a Zoom L12 mixer and multitrack which is pretty intuitive and I did record my first cd on it. I’d say it’s only two weaknesses are that the effect you chose for that song is the only onboarding affect you get. You should vary effects per instrument preferably so I also use a few other exterior pedals and keyboards often have their own onboard as well.

There is, of course, different recording software out there like Protools and Reason but I presently dont have the money or time to invest in them. I do want to but it will sadly have to be later.

Where headphones fall a little I think is for the organic feeling of creativity and for rehearsing for a show. Especially for guitarists (and bassists like myself) you want to get closer to the feeling of not using them and the amp is part of your sounds creation. The headphones give you a sense of security that is going to be lost when you hop stage. I have found that as you go from headphones to not to rehearsal to gig to recording studio the stress naturally rises with the highest at a live recording. So for these you want to practice as close as you can get and leave the headphones for more coming up with ideas or study.

Getting ready for a show on this Friday out in Langford, British Columbia so my practice quickly popped through the other instruments before staying on bass. And yeah I did the exact same thing, standing…using a mic…no headphones…everything to recreate the same environment. You dont have to stand too but I find it does just for going over your set, give you that same angle that changes when seated.

So have a look online for what is good and within your price range. I use Audio Technica M40s which have a great sound and durability.

Been a few days since the last one and I swear I’m learning about how to organize.

Organization is tricky and it is probably one of the hardest things for creative people because our natural default is to go with the flow. The problem with this is that you want what you do to grow and develop.

I’m not talking about getting necessarily to some career place but just getting to a good place with what you do. You have to get through the rough of not being able to play or having songs you’re not happy with to where you want to be. The only way to do this is to out the time in daily.

It’s not about hours and hours either. There’s a book worth checking out called the Talent Code which says the best stuff happens whe you look like this guy… 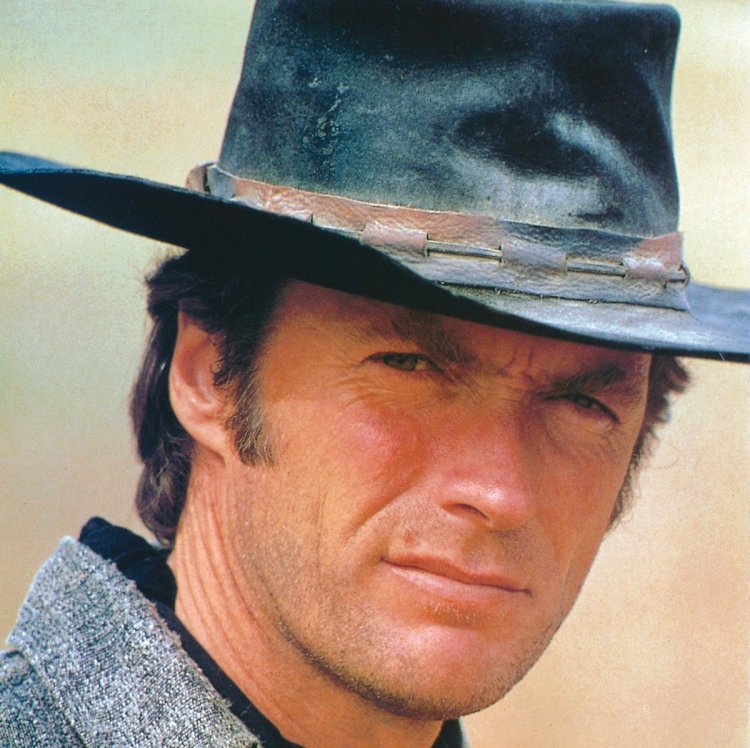 It’s the eyes. Basically if you are focused on what you are trying to accomplish, eyes narrowed (or this kind of focus) that’s when you make forward motion.

So its getting even a little of this each day and reinforcing your art daily.

It’s not like with a job where if you dont show, you’re in trouble. If you dont tend to your craft nobody’s going to get immediately upset, but you’ll stay where you were or even worse as the muscle of the skill gets forgotten.

And I’ve got to work on this too, clearly as I think the last day was Friday here. I had a show and a photo session. The former had me moving my schedule around and the latter had me cleaning just everything. The challenge with that is that taking everything apart to rebuild clean is like a vehicle overhaul and then you need to get used to the next vehicle. Each thing today was still slightly different and it was just crazy.

For me right now things are busy and bit wierd. My ultimate goal is to develop as a songwriter. I want the different instrumental skills to be strong (or grow in the case of drums) but I need to bring in the actual songwriting work, plus I have another two hour show on Friday and possibly two more in September.

Great fun, especially these days with the advent of Covid being able to play.

Getting tired and going to have a short nap before going to work. 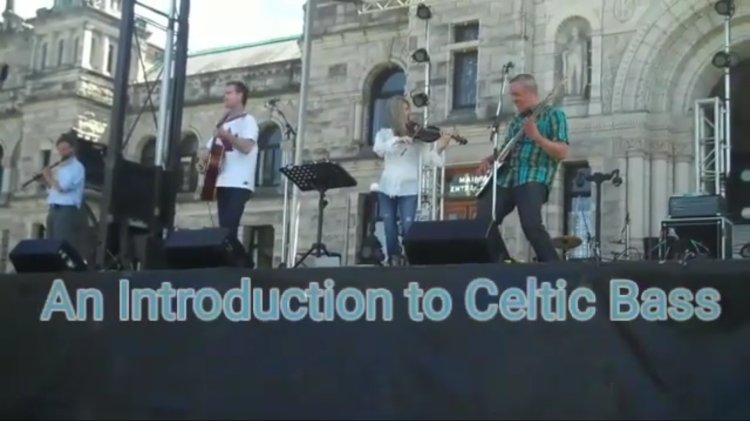 It is really easy to feel like to have plateaued in what you are doing and creative endeavors are no different for this. I don’t have lots of time as I’m writing this between gigs and I have the release for the single She Lives There literally in under 24 hours but I wanted to pass this along.

Any regular time spent working on something does have a positive effect, in fact anything you focus on regularly will become refined. I’ve noticed this over the month with, of all things, music production.

I don’t consider myself a music producer or engineer by any stretch, but I’ve sort of had to play that role while recording The Goldblacks CD and onwards since I still have the same gear. In doing that there’s little nuances that have improved or approaches I learned in the blur that was the album recording, like how to give myself plenty of virtual tracks of a take to lessen the stress, or my trick of singing backup to a temporary instrument track for guidance.

The point is you may only improve what you’re working on like 1% each day. But truth is that is actually huge because if keep doing that the difference in a year isn’t 365% because you will adding that percent to the day before. Your learning method will also become refined too, like in my recording example. I wasn’t trying to become an engineer, I was trying to make some songs, but the engineering advances came as a by product. Sometimes you can blow through plateaus through consistency, sometimes it comes thanks to an outside source but as long as you keep that focus and show up to the page each day like I said before, you will get there.

Some stuff isn’t easy or fun, but it can lead to more fun if you hold on. I like my new philosophy for being at the gym which works in creativity too. If you’ve shown up and you’re doing it you’ve succeeded. The effort takes you immediately past where you would have been, and anything you actually do is just a bonus.

Wanted to kick off by saying happy father’s day since I don’t blog Sundays. I remember learning stuff from my dad from math to stuff to do with the car, but of course lots of what I learned is more about who I became.

I’m an ADHD person who has been told by some that he can’t learn fast. I had doctors suggest I had a special typewriter as a kid because of my handwriting.

And yet I spend most my time these days playing my guitar, keyboard and guitar, and when I’m not here, learning as much as I can through audiobooks.

Different people learn differently. An interesting one came from my study of First Nations in Standing on the Edge of Yesterday where the writer talks about how for Native children it is (to her mind) more effective to communicate orally and have the student work on something physical than use pen and paper. Why? Because it has only been a few hundred years (not even) since all information was transferred from Elder to young person by oral traditions and learning. In fact it’s a reason why there would be multiple nuances in spoken language because there was hardly a public school system back then, so language was learned quite literally “in house”.

For myself I had two interesting experiences, one at school and one with boy scouts.

At school I absolutely failed my first year of typing. It was like I just couldn’t bother and was bored of it. For some bizarre reason that I can’t remember (hey, this was 1990…kind of a while back!) I took the course again. I was not distracted by the usual people of my grade and low and beyold…I utterly aced it. I got so fast that people would stare annoyed when my typewriter (like I say, 1990) would sound like a machine gun compared to other kids who were still pecking along slowly.

The other was to do with knots. In scouts they wanted you to learn the different knots such as bowline, reef knot, and so on. Just like in school I was a picked on nerd, so I didn’t want to be there at all. And as the whole thing was already not fun and now I was being talked at about these knots, I couldn’t do one to save my life.

I think that’s the thing too. I’m not Native but I don’t think the school classic system and me ever worked. I get this funny feeling that for me it’s about self directed study because years later I decided I wanted to learn everything about boating. My dad had, and still has, a little sport boat in the garage. Well I thought this thing was amazing and so on my own I learned, and could repeat like Forrest Gump showing his firearm, every single knot in existence…no sweat.

I sucked at music education back then. On my ukelele I just liked strumming, because picking and learning to pick notes in class was boring to me.

Listening to The Practicing Mind by Thomas M. Sterner last night reminded me of this when it talked about grades. The idea behind grades was to assess how the learning method was working on the child and not to identify the “wheat” and the “chaff”. He talked about the source of cheating where, because of this same all or nothing mentality, kids would cheat because it was the grade that was important and not the knowing of the material.

Now some kids do learn perfectly in the normal method. Some are more kinesthetic and others like myself are prone to self directed study. This latter gets more interesting when you apply the idea that ADHD tends to promote deep dives into singular subjects (which I experienced with knots, bike mechanics, and then after the age of nineteen, bass guitar)

Gonna wrap up as, ironically, I have to practice and I got up late. Hope this helps annnnnd…

Today’s music choice is another classic, especially with the upcoming Queen biopic which looks amazing. John Deacon is where my curiosity peaked about the bass, and even though he’s not in this, it’s just great.