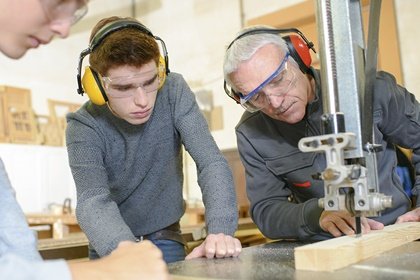 This is a simple little thought I have wanted to post for quite some time. Even though it’s almost obvious, the idea of having someone who believes in you can’t be overstated.

There’s also the great bonus to this. This is something we can all get involved in.

Michael Jordan didn’t make his varsity basketball team. But he had a coach who told him to meet him every morning and they’d work on it…and that’s it. That’s all it took. Having someone who did not dismiss him but gave his dreams a place set in motion the beginnings of a career of absolute mastery.

I write lots about creativity and one of my main themes is knocking back against anyone who told you that you couldn’t do something. It’s all nonsense. I have people now who say I’m talented at what I do and how lucky that is. Twenty years back pretty much nobody said that.

The difference was lots of practice, push and a few people who helped me believe that I was moving forward. It wasn’t massive stuff. It wasn’t gushing but it was a little belief that “don’t give this up” and that’s huge.

To me any creativity is just beautiful, contrasting the harsher sides of life and making something from nothing. As Sting said “We’re not building cathedrals, we’re building sheds.”

And like the photo, or Michael’s coach, sure, if you can directly help someone that’s amazing. But never underestimate the power that positivity towards someone’s first steps can have.

And of course, you can’t miss the global metaphors that can come from this outside the world of violin bows, watercolors and ink. In work, in life and in relationships having someone who makes you feel like you’re doing it right is amazing.

How we treat each other ripples out and ripples back.

We are a communal creatures, even ones off in there own world, working on that thing that some told them they should keep doing.