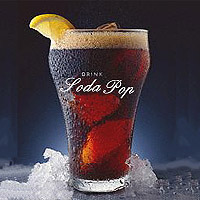 I’m not just sober.  I’m just got off work sober.  They’re all laughing and talking and playing the music so loud my drink is doing that thing that meant the TRex was coming in Jurassic Park.  Actually I think it is TRex playing on the multi cd carousel.  Earlier TRex.   I know the little facts like that.  They can ask me about Marc Bolan if they want to.  Go on anyone.  Give it a go.

I’m in the same place…I’m with the same people.  I hardly think I’m in anyway better than anyone else.  I’m the same way with weed.  I have no interest in it.  Only tried once when I was in a room of musicians and the first two fingers of their right hands were never empty.  It only gave me a stomach ache.  I tried using a jacuzzi once.  When it was full of warm water and the jets were spraying around me I sat there thinking “Ok.  Now what?”

Yeah, I’m a riot a parties.  I’m usually the one at the end who is helping people to cabs.  I actually do like beer and wine (I’m planning on a blog about Georgian wine and I’m still trying to find if anyone sells the Korean beer “Kite” that I had at the Pho Ever Restaurant just off of Shelbourne. )  Buts that’s just it.  I like ‘get togethers’ with friends and trying new things.  I like to come up with things and create.  I had a 24 pack of beer once.  The thing lasted like a month.