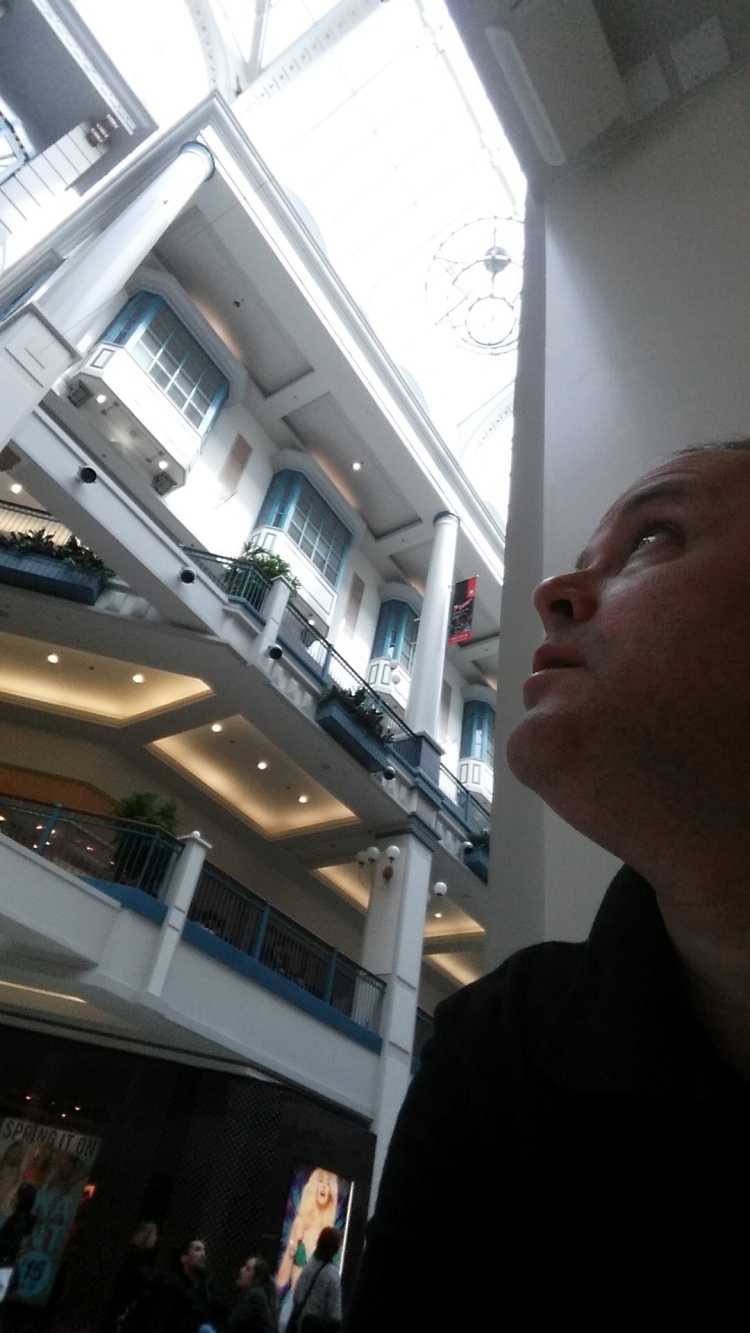 I like the quote that Dave Gahan of Depeche Mode used to talk about the years he had already worked in the music business.   He got the quote from Keith Richards originally but I don’t think it’s only true for rock stars…

“It’s five years of work and the rest is waiting.”

We wait so much of our lives and you just know for a fact that there is…oh lots more to go.  As I write this (originally) I’m early for work and so I’m simply waiting as well.  Some folks naturally don’t like to wait.  I probably don’t much of the time as well as there is lots of things to do with creative work where it’s not one event after another.  So much of what I do is scheduling (as my many employers can understandably talk about) and that naturally leads to those in between times when you are simply waiting on the green light to get going.  But since we know that the waiting is going to happen I think that it’s almost empowering.
I mean, we now have these sometimes leash like mobile devices and if you “do social media” that is certainly one way to use up that time when we line up for a ticket, a coffee, purchasing a new shirt but there also just that opportunity to be more present in the moment.

This is one thing that is great about kids.  They are utterly self aware and in the moment.  They notice everything, and as we know, they are only too ready to tell you about it.  Ok, this shouldn’t be confused with patience as spending any time at a religious (or otherwise) service can tell you but that’s just because they have been told to quell their natural exuberance.  But as a busker, kids are awesome because they will often halt their parents who are cannoning from one very important thing to the next very important thing to pull at mom’s coat and exclaim…

I owe their union a lot of money for this.  It’s about being relaxed that things will work out and just setting off early so you’re not late.  Don’t line up if you can’t.   Don’t take on more than you can.  You don’t need to be perfect.  You’ll have plenty of time to wait tomorrow too.

But then I’m probably just an early bird.  Victoria is wonderful first thing in the early morning.  Give yourself the time to enjoy those little details of her city because there is lots of them.  That’s actually one thing I’ve really enjoyed about working on my own twitter and my project accounts…when reaching out to the city to tell everybody that we are here I’ve learned how much is really going on that you can get involved in.  This city was founded on a Gold Rush and a sudden influx of people from all over the globe.  With a background like that set on the Pacific Coast there is always another thing to see.  So step out of your own blinders when you have no option but to wait.  You could be surprised to find out where your really standing.

Posted from WordPress for Android

Cookeilidh are : Woody, me, Kim David

Been a really busy week since last Tuesday when St Patrick’s started.  That’s the thing about being in a celtic band.  St. Patrick’s for us is, and sorry if this sounds ego driven but it’s a whole lot more than one night of green beer (even though that’s fun too!)  We’ve been pretty much doing one gig a night for well over a week and there is still more to go.  One thrill was having tracks from our new cd played on All Points West CBC with Jo-Ann Roberts just before our show at The Copper Owl (pictured above)

It’s funny…just jamming along to Depeche Mode’s Personal Jesus with my bass (ok that’s wierd) and how even though lots of things change…lots more are always the same.  I love playing acoustic music and playing a lot to the band’s I’ve loved over the years (some celtic, some acoustic and some really neither) and I love writing and creating things.  I’ve probably said that before and it’s easy to go with the things you know but the main thing is not to leave any place unexplored because you’ve got a prejudged notion.  That was the wierd story behind me as an acoustic / celtic musician liking Depeche and others (weirdest cd I ever had was definitely “Coyot” which was aeolian strings stretched across a Swedish abandoned military base)  I was very much focused on my style of music back then and I heard of Depeche but lumped them in with those “wierd stuff over there” bands.  When a friend gave me a tape I never even listened until one day making a tape (yeah, tape) as a joke.  From that I brought the whole tape to work and it seriously turned my head around.  Learned my lesson.  I think that applies to way beyond music.  You simply never know.  You never know what the young man with the skateboard on the bus next to you or the lady in front of you in line at Tim’s is really all about.  The idea that other people have it easier is also illusion.  Rich or poor live provides its struggles and it’s joy.

Went philosophical there.  Anyways, check out my other new thing I’ve been working on this week if you get a chance.  It’s a story that is based on my own background when I use to aspire to bike mechanics and was seriously into cycling and going to bike shops…and listening to loads of classic rock!
Journal by Max

Posted from WordPress for Android